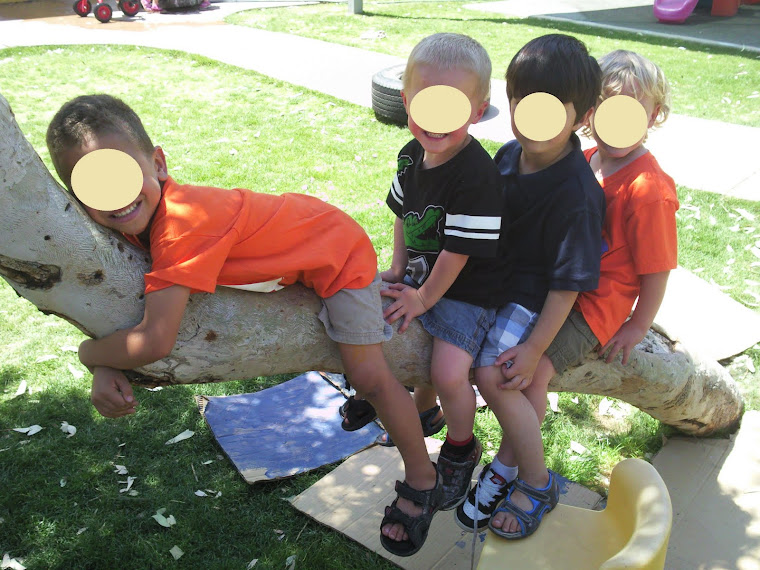 It only takes one child to change the classroom dynamic...

While I was busy picking up blocks, two children came to talk with me. They sat in chairs while we discussed, when all of sudden, she had a brilliant idea! "Lets make a choo choo!"

What began with two chairs lined up, ended with this: 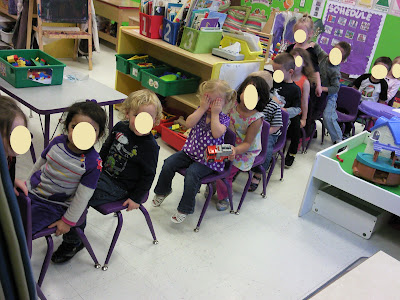 The other children abandoned their activities to help make the "choo-choo." I could have asked them to return to their centers. I could have had them go clean up before joining the activity. I could have...but I chose to get my camera out instead!

I was pretty amazed at the leadership, teamwork and cooperative play I saw being displayed, as she assigned roles: "I'm the driver, and you're the passengers!" As more children joined the train, the others scooted closer together to make room.

Amazingly, this scene occurred with no bickering, arguing, or fighting. As quickly as it happened, so it dispersed. 2 minutes after this photo was taken, the chairs were returned to their tables, and the children moved on to other play.

I love to hear feedback and answer questions. You may email me at:
ms.ginasemail@gmail.com
Contact Play-Based Classroom on Facebook:

My name is Gina, and I am a preschool teacher in a 3's classroom. I used the term "teacher" lightly, because much of my job consists of facilitating the natural curiosity of children. My classroom is called the COYOTES, and they bring me both joys and pains, laughter and tears, peace and stress. :)
The Coyotes classroom is a child-centered environment. This means I let the kids have a say in their day, design developmentally appropriate activities, have open-ended art projects, and engage in A LOT of sensory experiences.
Each day provides opportunities to create, move, read, discuss, observe, sing, and play!
I facilitate the children's individual interests, needs, growth, and learning.

This blog will be focused on the play-based activities I do in my classroom, but I also hope it will become a useful resource for fellow teachers/parents of young children. I am almost obsessed with how children can learn so much from simply "playing." I hope to share some of my creativity and enthusiasm with anyone else who loves children.
Happy playing!
-Gina